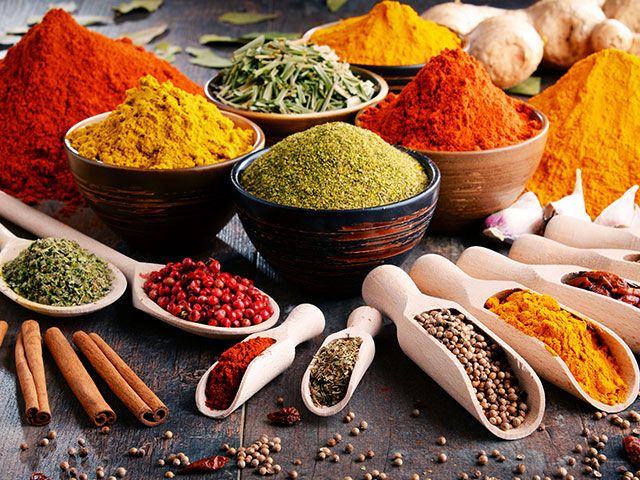 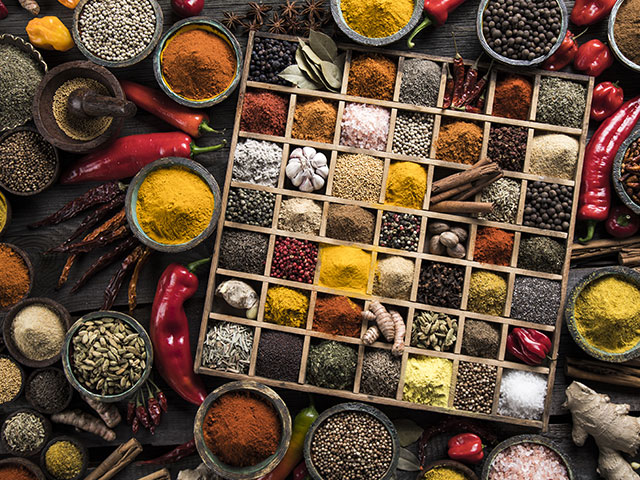 Spices refer to any dried part of a plant, other than the leaves, used for seasoning and flavoring a recipe. They are usually never the main ingredient of the recipe but add a distinct flavor to it. Besides adding flavor, they also act as a food preservative. Most spices have antimicrobial properties.India is the world's largest consumer, producer, and exporter of spices.Some examples of spices include clove, cardamom, cinnamon, allspice, nutmeg, pepper, turmeric, ginger, mace, saffron, vanilla, cumin, dill seed and more.

Organic Products India is one of the leading spices exporters, manufacturers, and suppliers in India and throughout the world.

Spices are used as a medicinal ingredient in Ayurvedic practice & are essential in curing regular diseases like headache, cough & cold. These are an essential part of Indian cuisine since ages which is why you will find most of the prominent spices exporters in India. They are commonly used in Indian foods and are famous for their distinct spicy flavor of Indian foods. They are also used as natural preservatives.
Spices have many health benefits, majorly having antimicrobial properties and disease preventing nutrients with high concentration of phytochemicals. They have mood enhancing and anti-depressing properties too.